An old myth, retold: The gods give people the gold to test them, planting greed in their hearts. Faced with wars arising from envy and hatred, the gods deprive their subjects of the treasures, sink them in the depths of the Rhine, guarded by the heavenly daughters. Now the three ladies, called *Tender* *Lust* and *Pain*, are not exactly the inventors of deep plates, and after 1000 years at the bottom of the river they let the Rhine gold, and with it the legendary ring of power, be snatched away by a dwarf named Alberich. He uses it to justify his reign of terror in Nibelheim, which in turn calls Wotan, the father of the gods, to the scene, who needs the gold and the ring to pay off the giants who have just completed his old residence Valhalla. Wotan chases the ring away from the dwarf by trickery, which transforms the giant carrying it into a fratricide and dragon. Meanwhile, in his spirit forge, Alberich creates a noble man of iron and steel: Siegfried. He captures the ring from the dragon's claws, but is himself taken over by the magic of the ring and, after rescuing the outcast daughter of the gods Brunhild from the flames and depriving Wotan of his power in a duel, rises to become the sole ruler of mankind. Will he fall for the whispers of Alberich, his *father*, and become dictator himself? Or will the power of love triumph?

Cheeky, but not disrespectful, composer Nimsgern and librettist Call make use of the myth of the Ring of the Nibelung. They joyfully juggle elements from the Edda, the Nibelungenlied, Wagner's Ring, Hebbel's dramas, Grimm's fairy tales and Mary Shelley's Frankenstein. The result is an exciting fairy tale, rich in imagery, which varies an ancient myth in a thoroughly amusing way; a lively homage also to the predecessors, a musical bow to Wagner and Tolkien and all the great spirits who have so far been inspired by the rich world of legends in an equally free-spirited way. And, last but not least, a colorful entertaining work that also draws parallels to current political processes and structures. Translated with www.DeepL.com/Translator (free version) 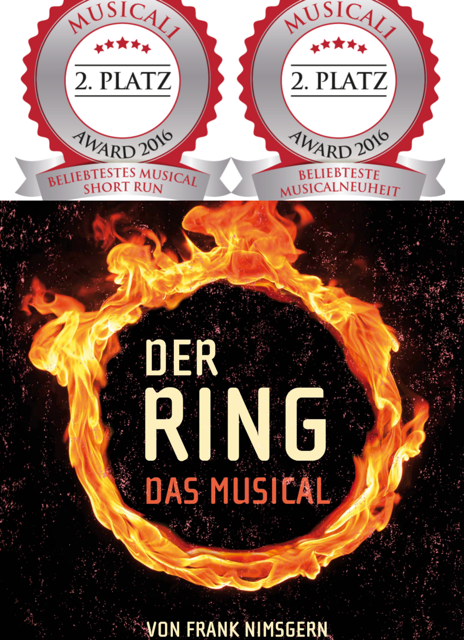